1779                David Ralston, Alexander Reid, Sr., and Alexander Reid Jr. are shown on Pennsylvania tax list as living in Milford, Cumberland County, Pennsylvania.  This area is in current Juniata County, PA.  Wikipedia describes Milford’s boundaries: “Blue Mountain forms the northwest border of the township, and Shade Mountain, a parallel ridge, forms the western part of the southern boundary. The Juniata River forms the northern and eastern border of the township, and Tuscarora Creek, a tributary, forms the eastern part of the southern boundary.”

On thOn the following 1792 map, Milford appears to be located in the top of the upside-down “pipe” bowl of current Milford. 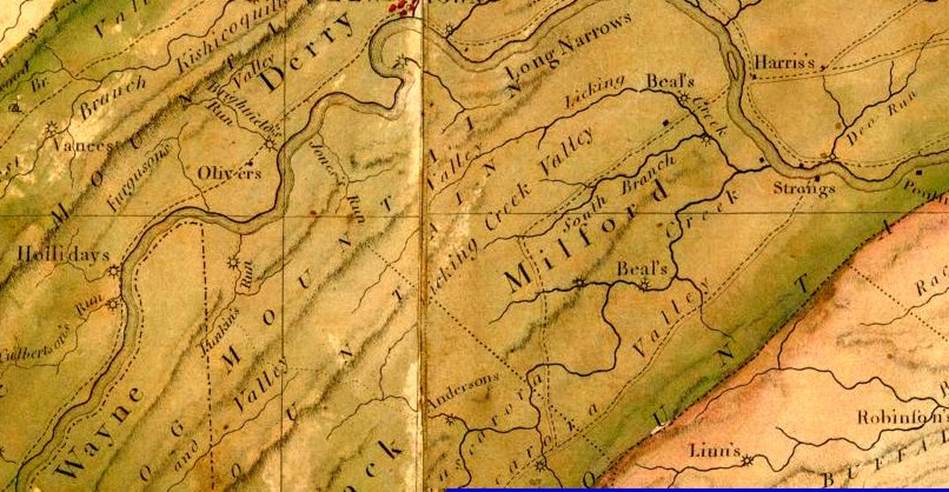 Dec 1782         Mary’s father, Alexander Reid, (and perhaps brother Alexander, also) receives a grant for 100 acres of land and another for 200 acres, both on Gilkeys Run in Jefferson County, Virginia [Kentucky].  The Reid family settles in this area (just south of current Bardstown, Nelson County). It may be assumed that David and Mary were living with the Reids in Kentucky.  (However, the Milford tax lists for 1783 and 1784 are missing, so there is no documented evidence the families were not still in Milford those years.  They were not listed on the 1785 Milford tax list.)  According to the Cummings family (John Cummings purchased David Ralston’s property after his death), the Ralstons first met the Cummings while in Kentucky.
There were two major routes to Kentucky in 1782.  One was the Wilderness Road, through Virginia and the Cumberland Gap, back up into the interior of Kentucky.  The other route was to take the Pennsylvania Forbes Road to Ft. Pitt or Redstone and from there barge down the Ohio.  The latter route was the most likely, since the Wilderness Road was arduous and dangerous from Indian and outlaw attacks.  It could only be traveled on foot or with horses and pack animals, as it was not improved to handle wagons or carts until 1796.  Milford, shown in red on the map below, was about 30 miles from Forbes Road. 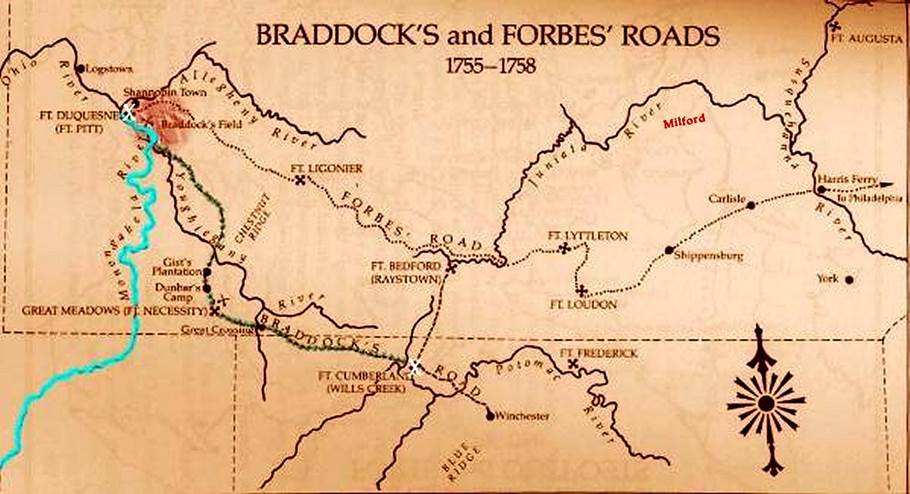 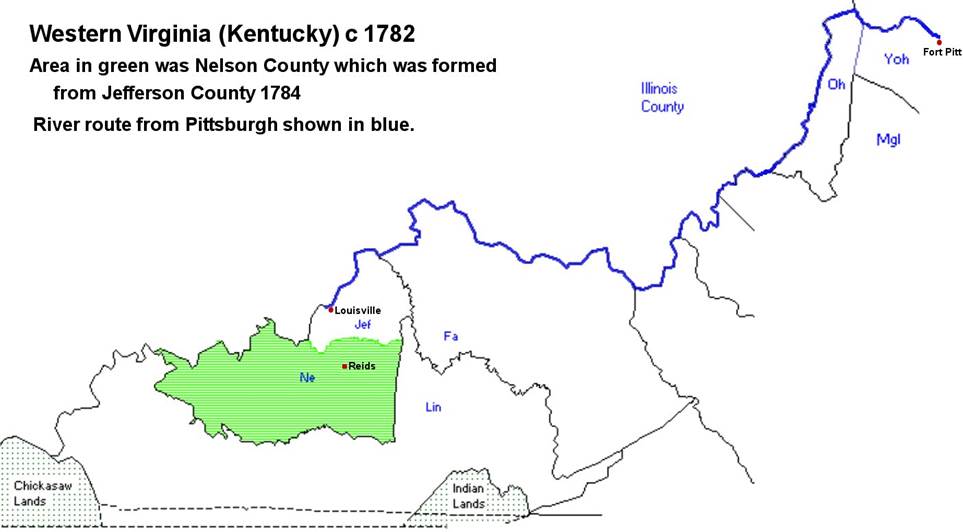 Mar 1785        David and Mary’s third child, Samuel Ralston is born.  Samuel has no documented place of birth, but it likely was Kentucky.  They were not in Milford at this time, nor was there any record of the Ralstons or the Reids being in Tennessee by this date.  It is also unknown for whom Samuel was named.

Aug 1785        Alexander Reid, Jr., is granted 100 acres of land on Manksers Creek in Davidson County, North Carolina [Tennessee].  This area was known as the Cumberland Settlements. It may be at this time that Alexander, Jr., and the David Ralston family moved to Tennessee from Kentucky, although Alexander owned land in both states until 1813.  Their route in relocating to Davidson County was, again, most likely via river.  There were possibly trails between the two area, but no established roads until 10 years later. 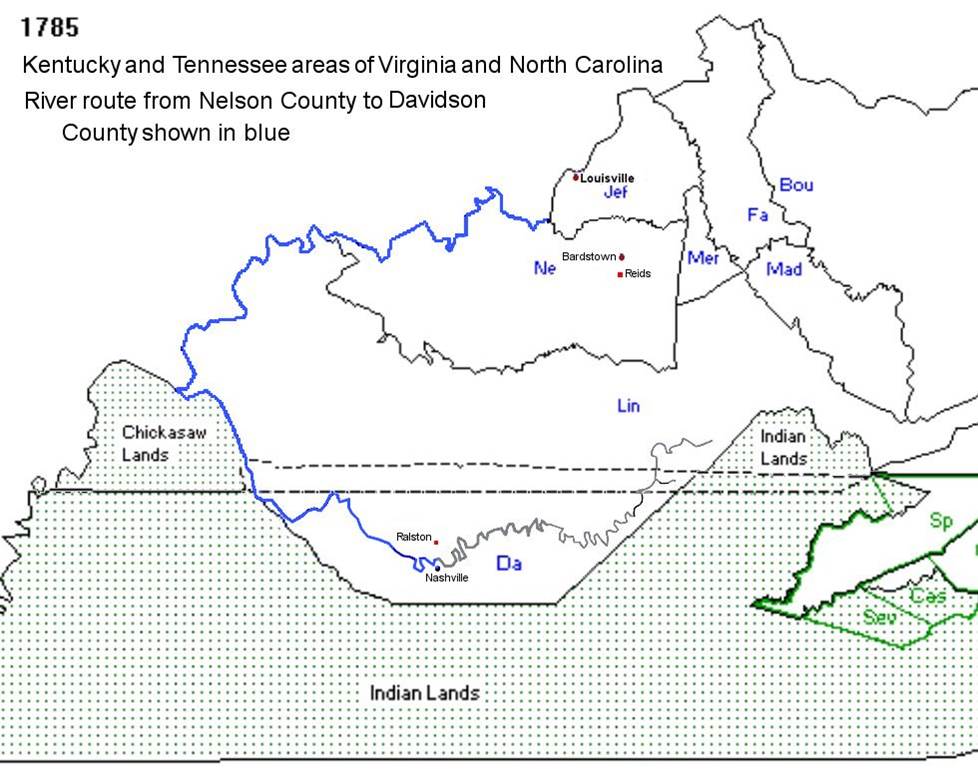 May 1790        Tennessee becomes the “Territory of the United States South of the River Ohio” or “Southwest Territory”.

Oct 1820         David’s grandson (son of Robert) and wife, Andrew and Loveagh, arrive in Pennsylvania, then settle in Williamson County, Tennessee.