During this period in Pennsylvania, taxes were based on property with the potential to produce income.  This included acreage, horses, cows, trade goods, stills, slaves, etc.  The tax rates were subjective based on the quality of the property.  Note on the forms, for example, that not all acres horses, cows or stills were taxed the same.

“There are four categories of taxables:

3. freeman – single, free man at least 21 years of age (as of 1718). Had to be out of servitude or apprenticeship at least 6 months at time of tax. Taxation of freemen was inconsistent. It appears that before 1755 single men living with their parents were not taxed.

So, for tax purposes, David Ralston and Alexander Reid, Sr., would be considered landholders and each was taxed for acreage held and other assets.  Alexander, Jr., was considered a “freeman” and is included in a “Freemen” list at the end of each township’s taxables.  Alexander Reid, Jr., is listed as a freeman at the end of the 1778 list, but David and Alexander, Sr., are not listed.  I conclude that this was the year that the Reids and David Ralston came to Milford and that they had not yet acquired land there.  A step further conclusion is that David and Mary were already married at that time, since David was not listed among the “Freemen”.

From Pennsylvania’s Tar-Baby: The Property Tax and Its Endless Reform:

“From the time the Commonwealth of Pennsylvania was established with the Constitution of 1776 on through the early 1800s, property taxes still brought the disdain of most land owners. Fair and equitable assessments remain a key issue with frequent disagreements on the how much the land would be capable of producing. During this time Allegheny, Fayette, Washington, and Westmoreland Counties opted to change the manner of the valuation of land, from the potential wealth it could produce in a year, to the actual value of the land if it was sold, thereby creating the state’s first ad valorem property tax. Altogether, this was considered more equitable and over the decade was adopted by all Pennsylvania Counties. Furthermore, since cash was in short supply, counties permitted farmers to pay their property taxes in like value of whiskey, which the county could than sell to taverns and inns, or sometimes even export to other states. Interestingly, this became one of the main reasons for the adverse reaction to the first national tax, which was on whiskey, and became one of the reasons for the Whiskey Rebellion.”

So, since Pennsylvania taxed the “holder” of the land, not necessarily the owner, it is unknown whether David Ralston or Alexander Reid, Sr., owned or leased the acreage for which they were taxed.  But, since the amount of acreage varied each year (especially in the case of Alexander Reid) it is a good assumption that they were leasing the land.

Also, of note, Alexander Reid, Jr., was listed as a distiller.  Whiskey was apparently used as a second currency at that time, so it might be used not only to sell for cash, but to barter and pay taxes.

1778     Alexander Reid (Jr) is listed as a freeman, but neither he, his father, nor David Ralston are listed as property holders.  This might mean that in 1778 they had just come to this area and that arrangements to obtain land had not yet been made.  It also would indicate that David Ralston and Mary were already married at this time, since David was not listed as a freeman.  Tax for Alexander was £1 10s.

Taxes for 1780 seemed considerably higher that other years, but at this time during the use of continental currency there was great inflation and fluctuation in value.

There is no given explanation for the two separate lists for 1782.  There are many differences in the lists.  Other 1782 tax lists in the area have only one list and are more in the format of the 2nd list, including sheep as taxable. (Prior years did not include sheep.)  One possibility is that after the first 1782 Milford list was completed, either the rules changed or it was discovered the person completing the list had done in incorrectly, and a second list had to be done at a later date. 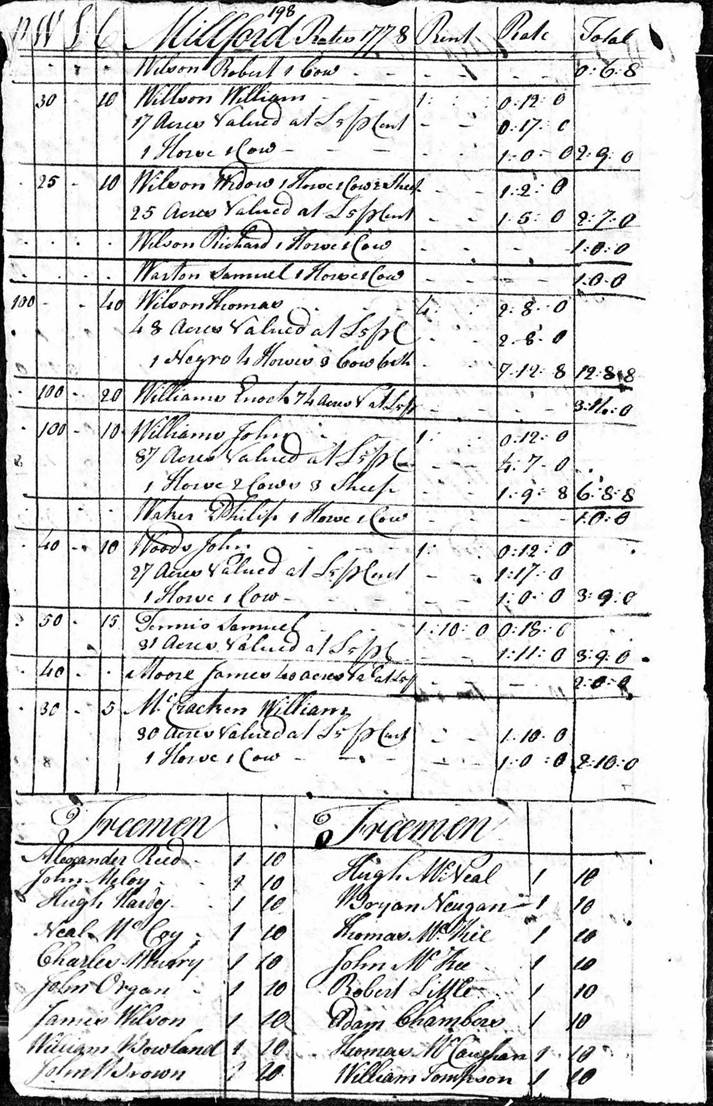 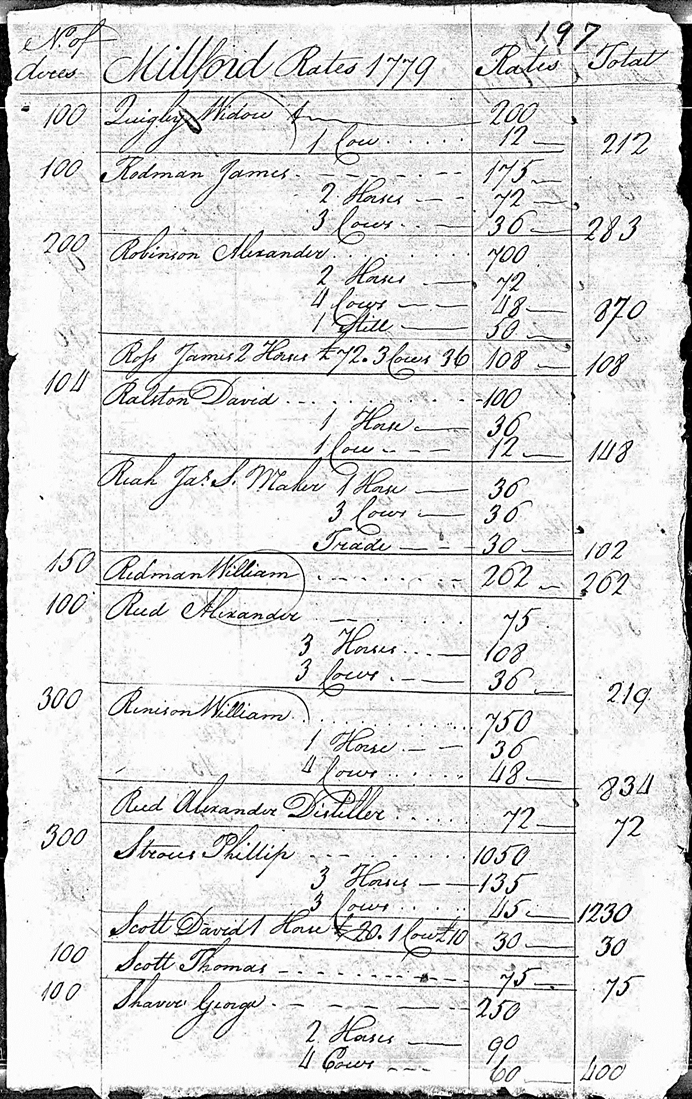 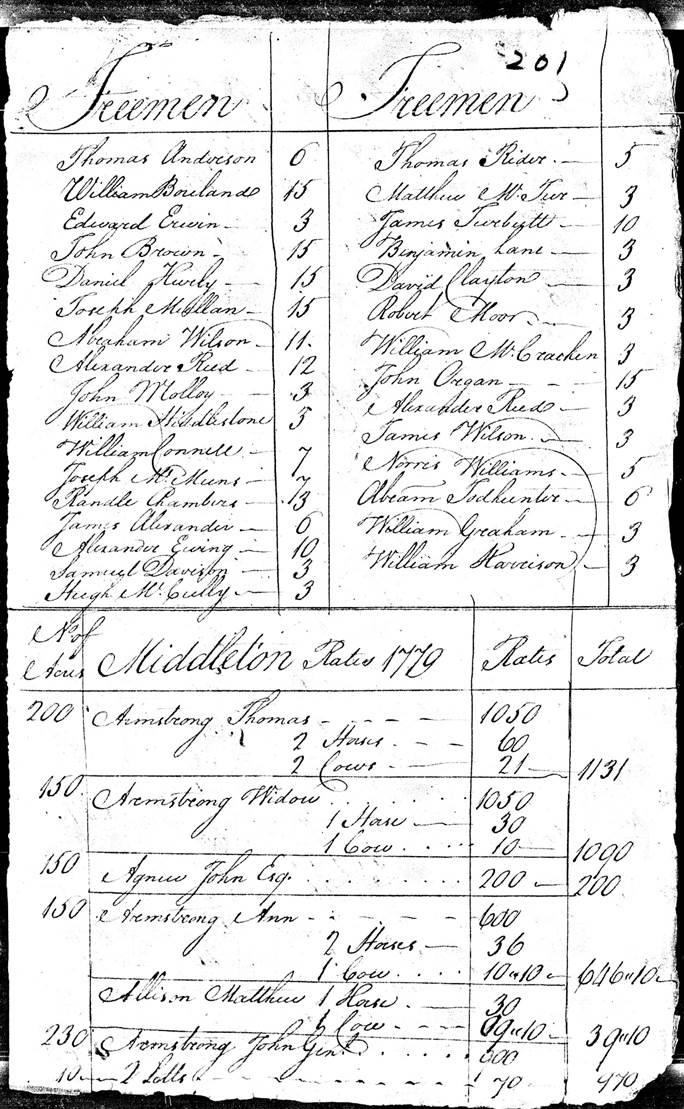 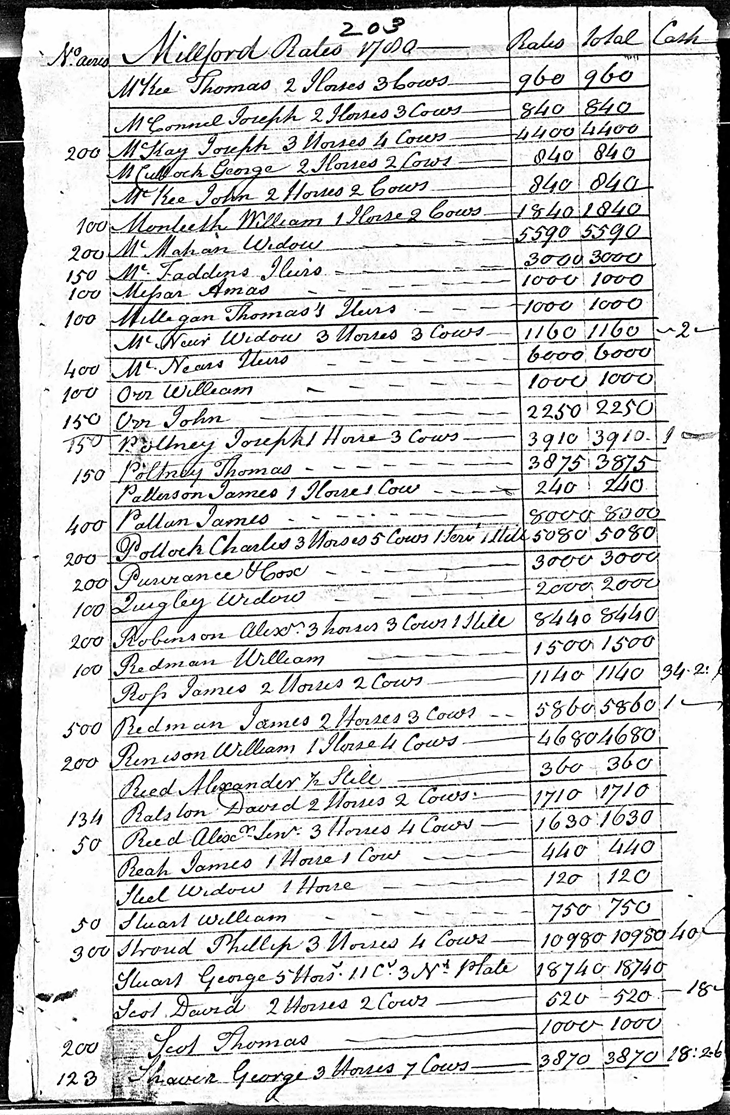 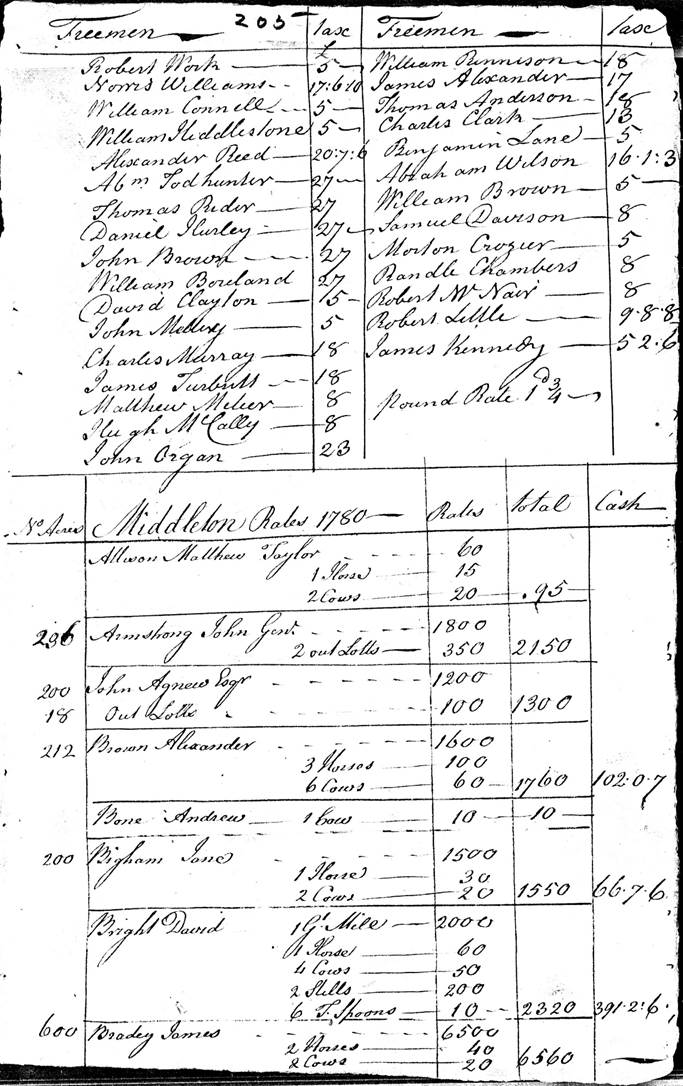 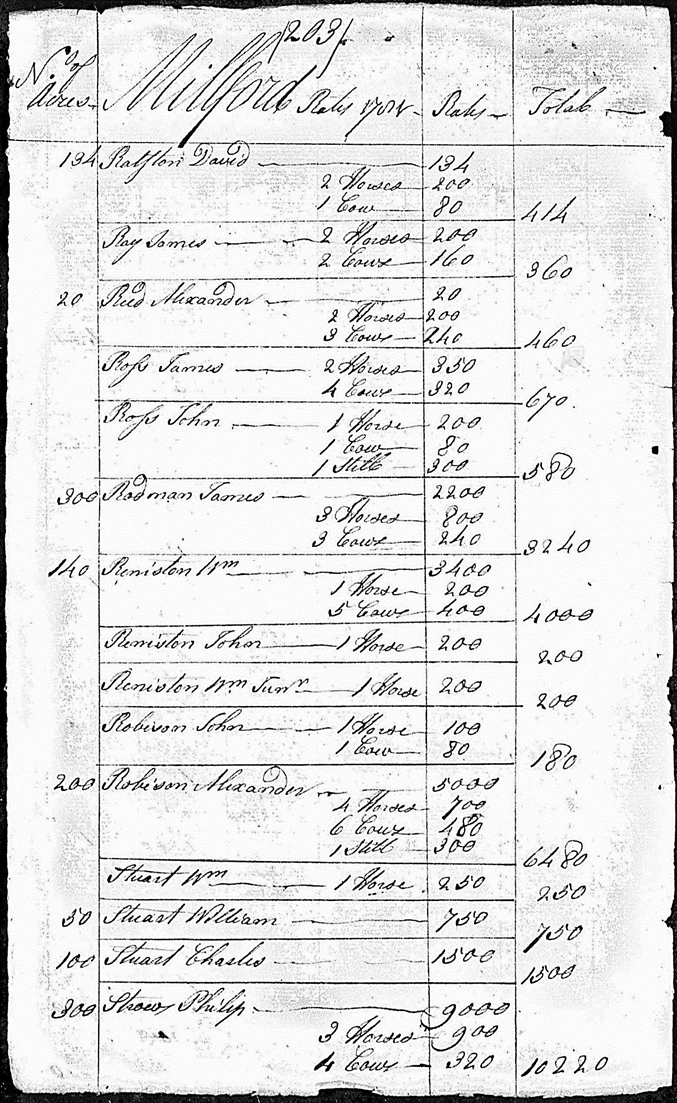 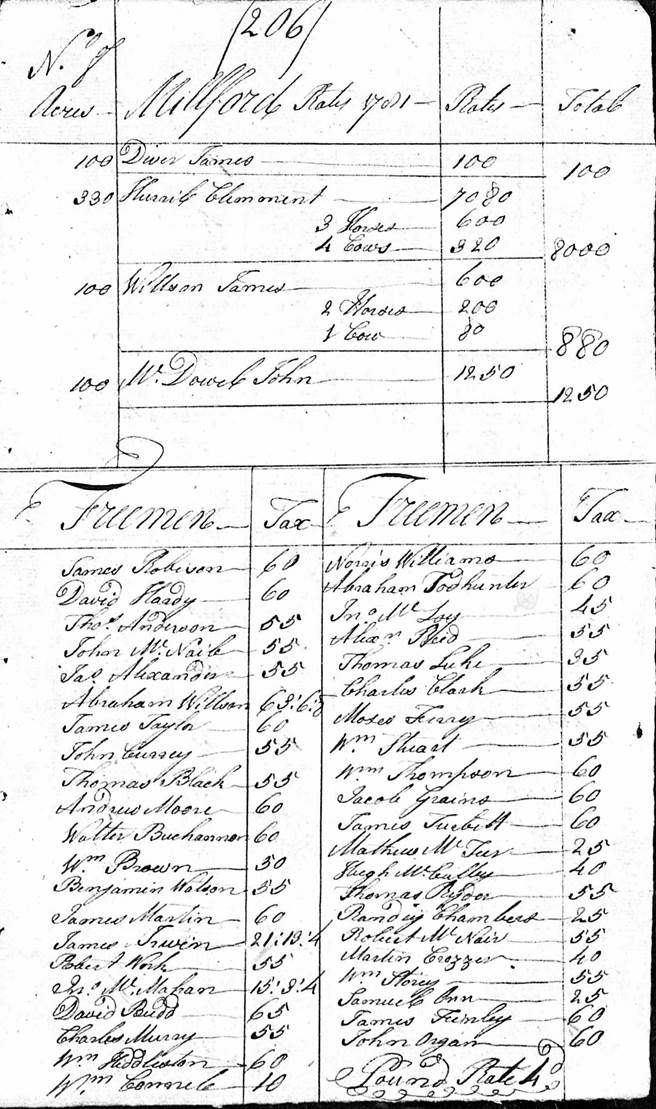 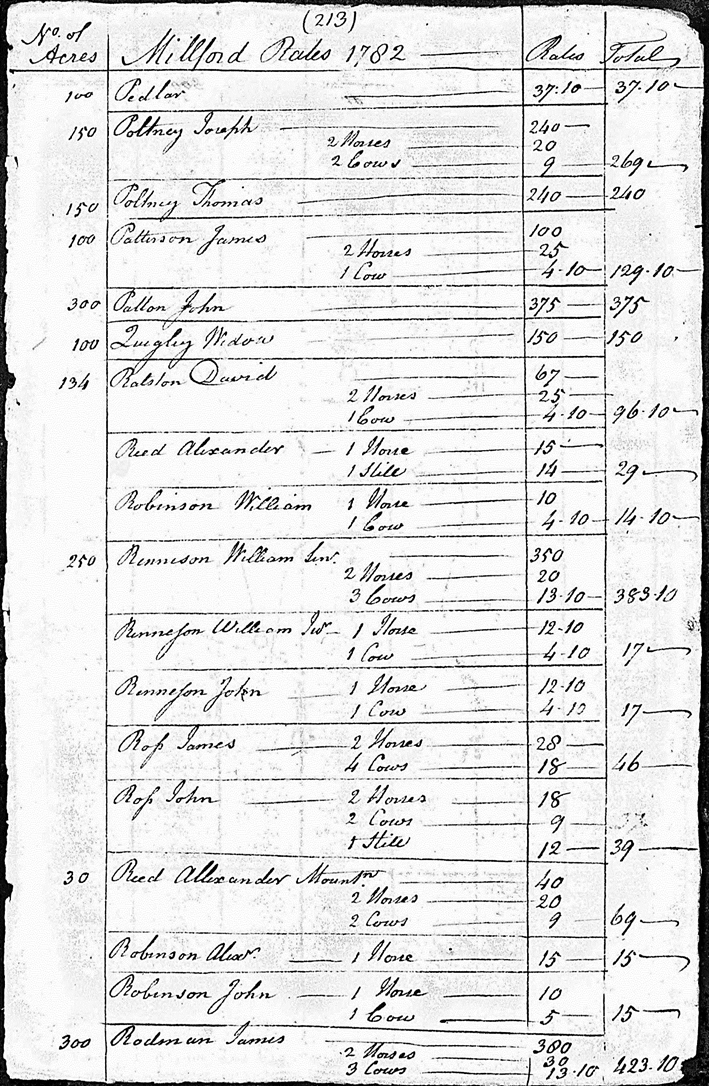 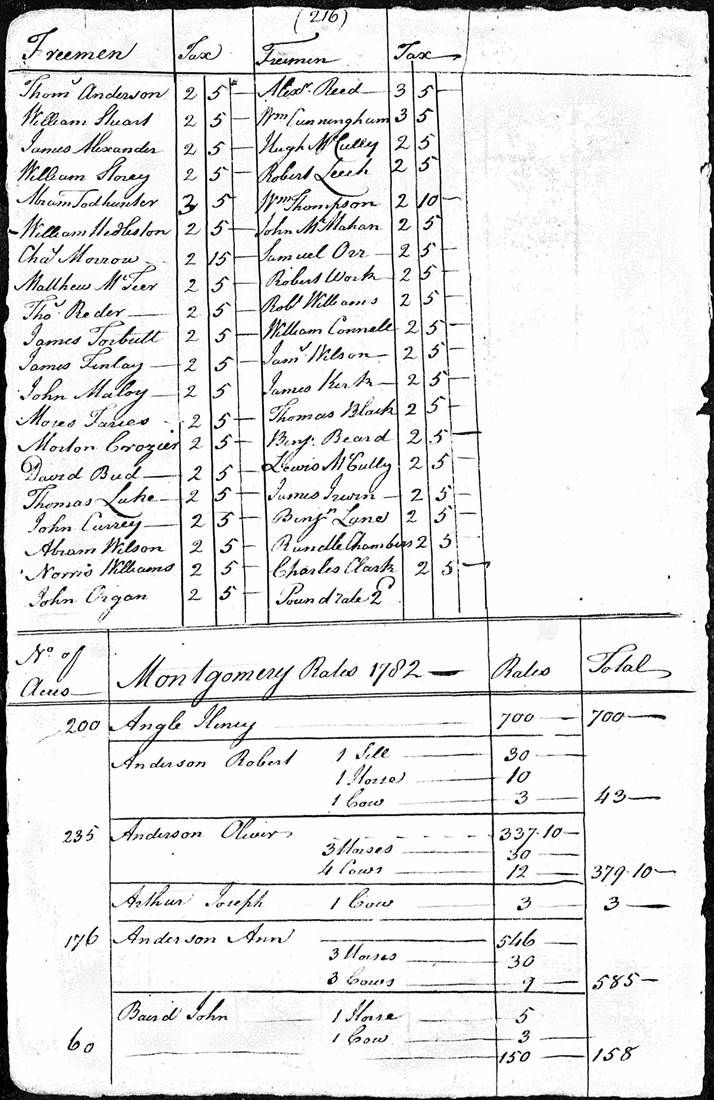 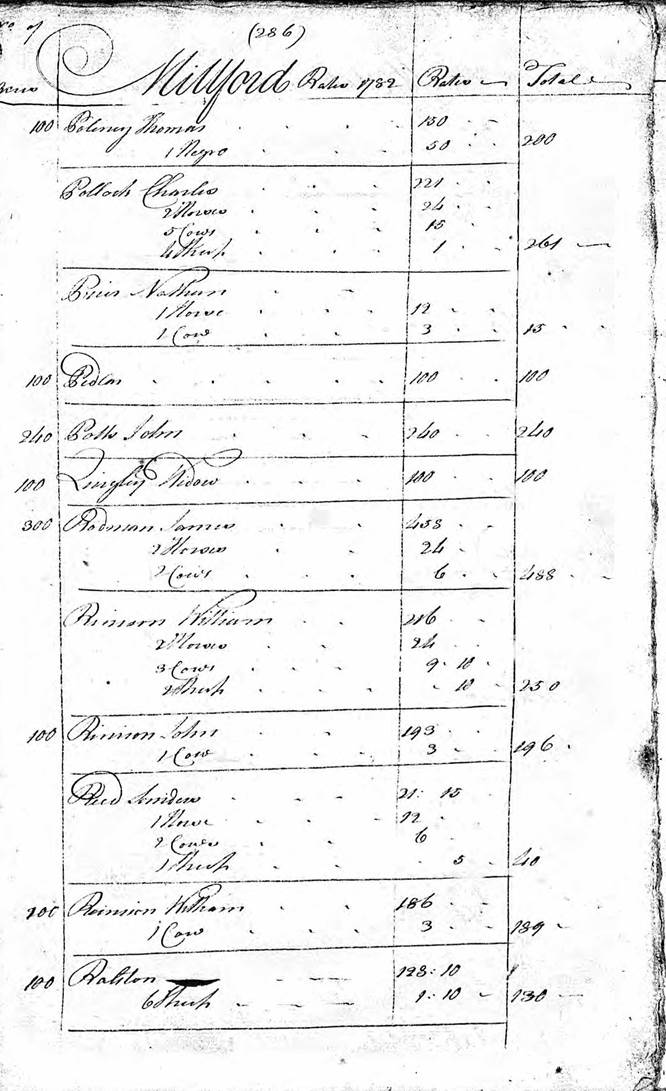 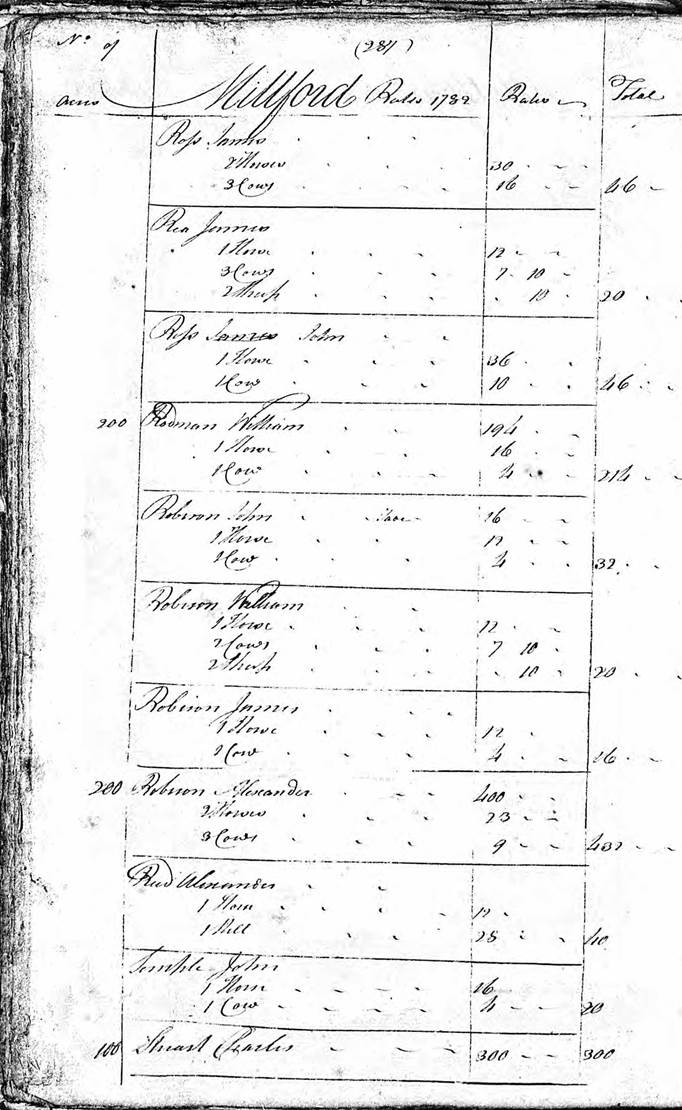 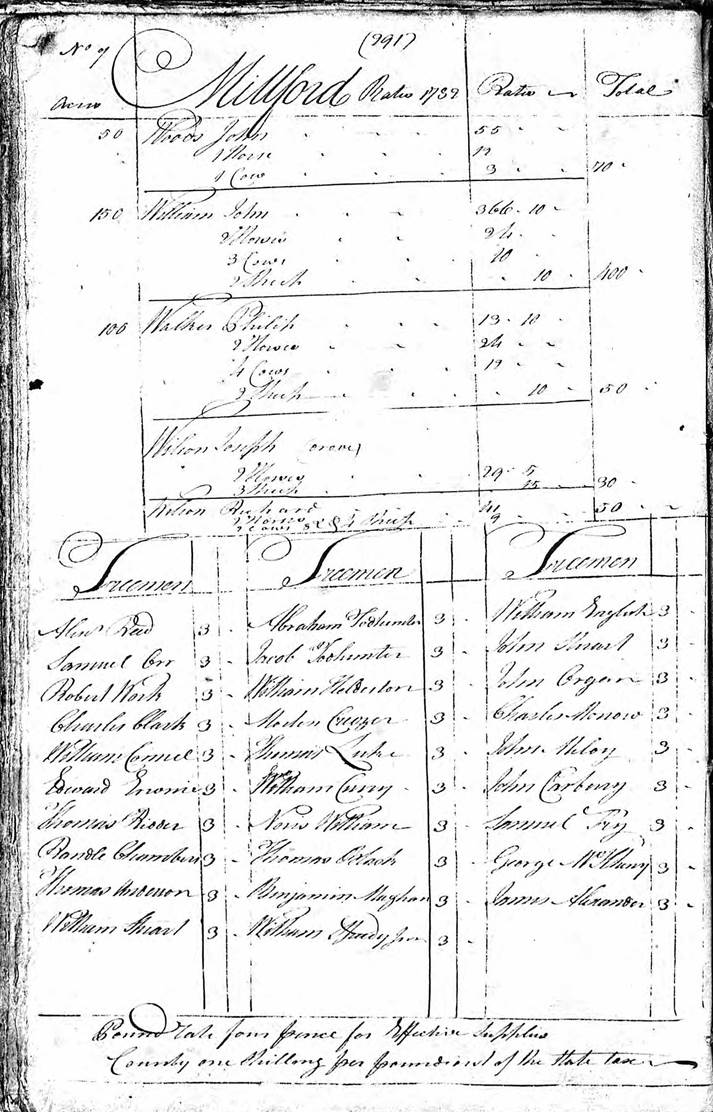