The following is a page from the manifest of the Schooner Horatio: 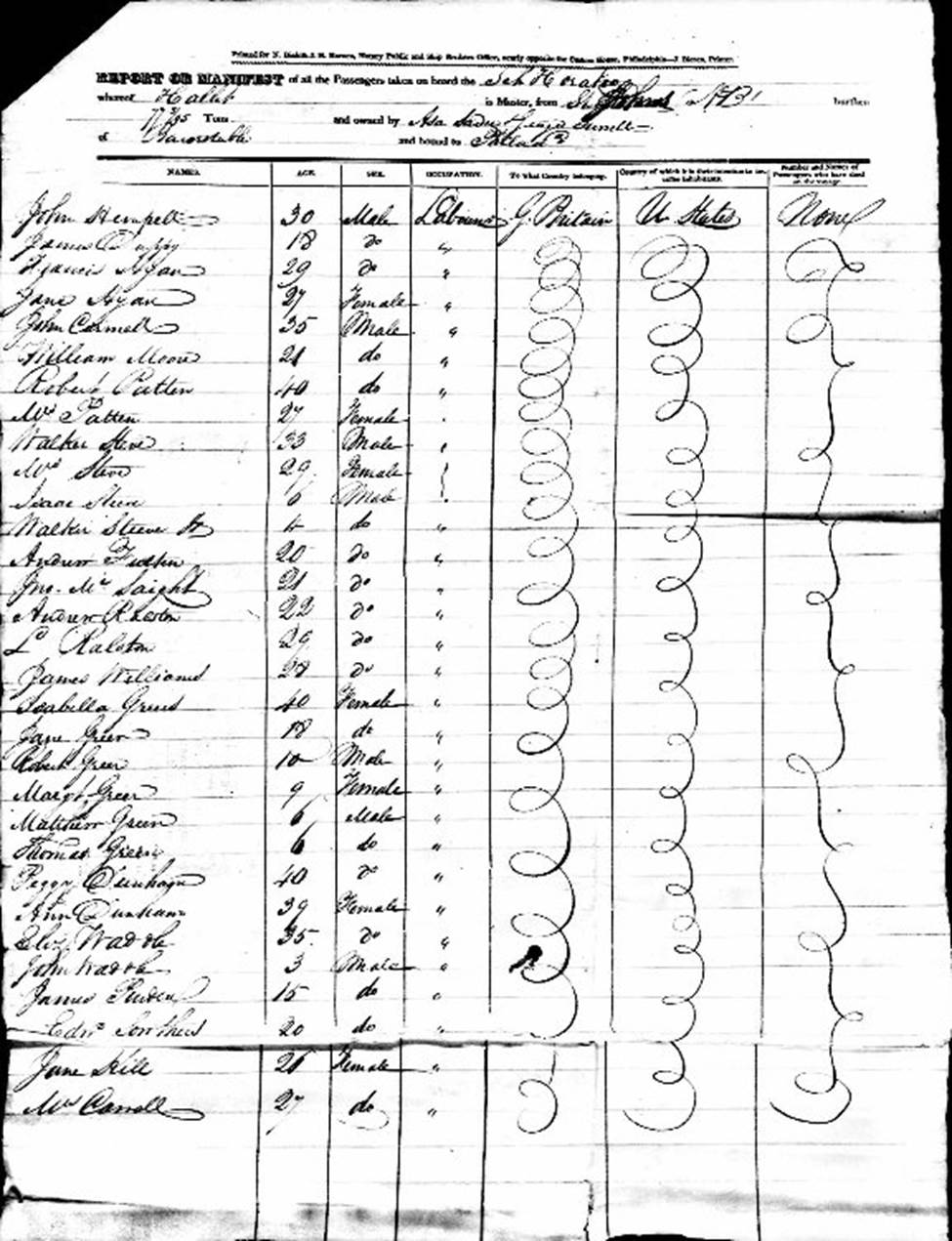 Regarding "L. Ralston" being listed as "Male", it is my theory that the clerk entering the names was unfamiliar with the name "Loveagh" and just put down an "L".  (Note all the other entries, except for "Mrs.", used the full name.  I think the other information was added later and the gender of "L. Ralston" was not apparent, so the "Male" was dittoed.

The Schooner Horatio was too small a vessel to have made the trip from Ireland, so Andrew and Loveagh probably were on a different ship for that part of the journey. 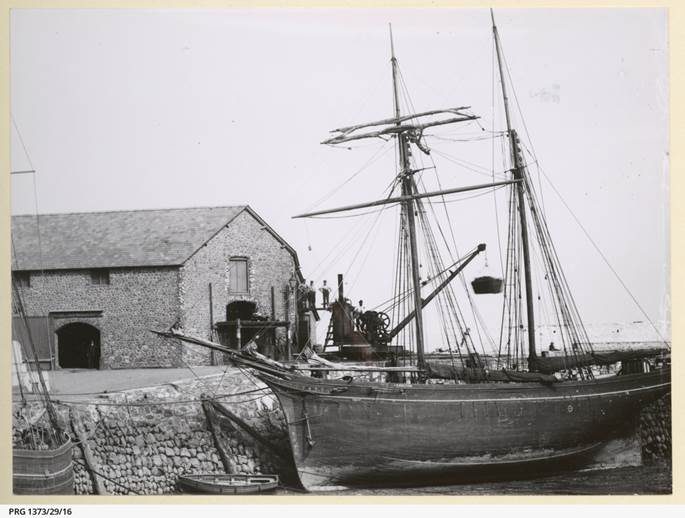 A schooner similar in size to the Horatio

It was not uncommon for Irish immigrants at that time to sail to New Brunswick before a final leg to the U. S.  In a paper by Brian Mitchell, "Londonderry to Canada, the 'Cheapest and Shortest Sea Passage' to North America", he says that the cheapest way at that time to get from Ireland to the U. S. was by way of Canada. He quotes Thomas Mellon describing how in 1818 his family sailed from Derry, via Canada, to the US.  It took twelve weeks to get to St. Johns and another two weeks to get to Baltimore. (They were headed to Pittsburgh, so went overland from Baltimore.)  According to Mitchell, prior to the 1860s railway network, the port at Derry served as the emigration port for Counties Derry, Donegal, and Tyrone.